north side of the Jugal/Langtang Himal range in tibet, a lake named Peiku or paiku, near the lake side Township Chagne, with a Sakya monastery and the himal peak Gang Benchhen.

the surrounding catchment is an endorheic basin with no outlet. It would overflow into the Yarlung Tsangpo with a water level about 100 meters higher. The lake's brackish water is evidence that it has not overflowed in hundreds if not thousands of years. 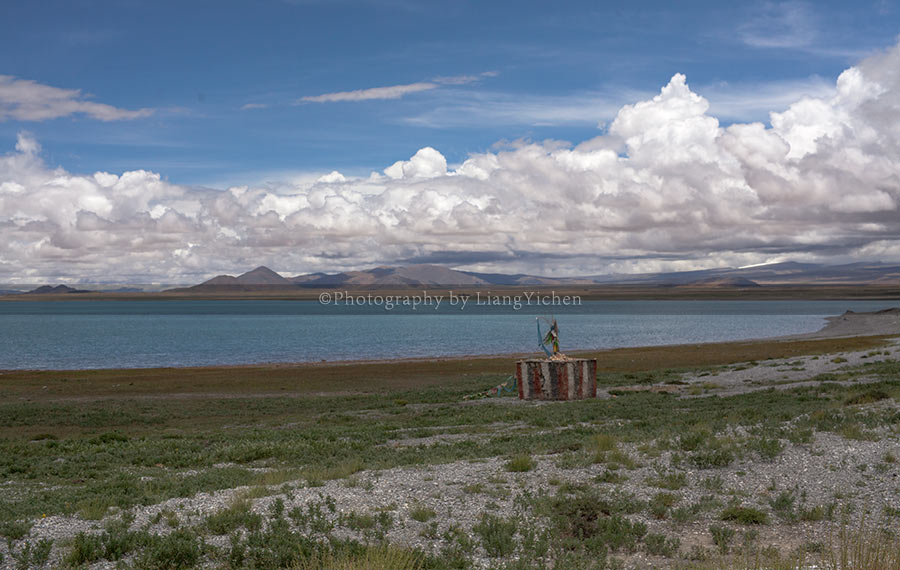 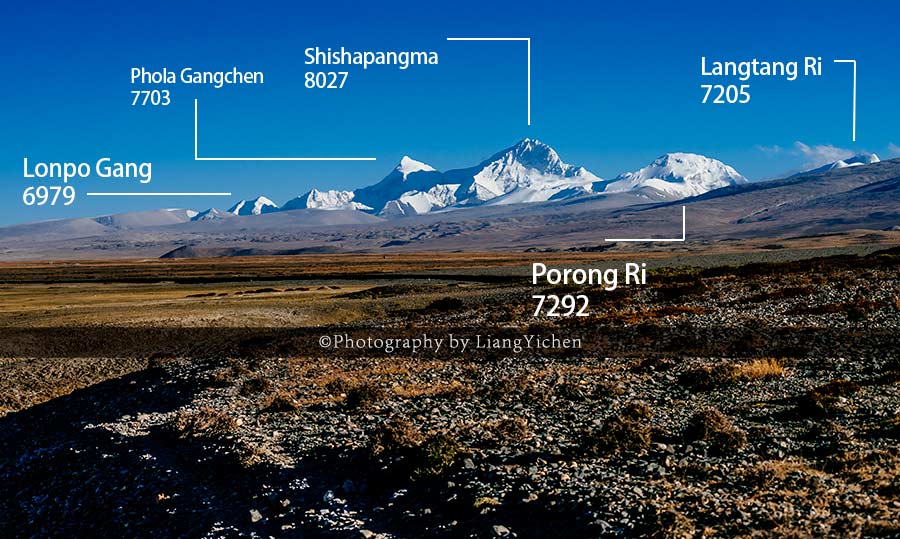 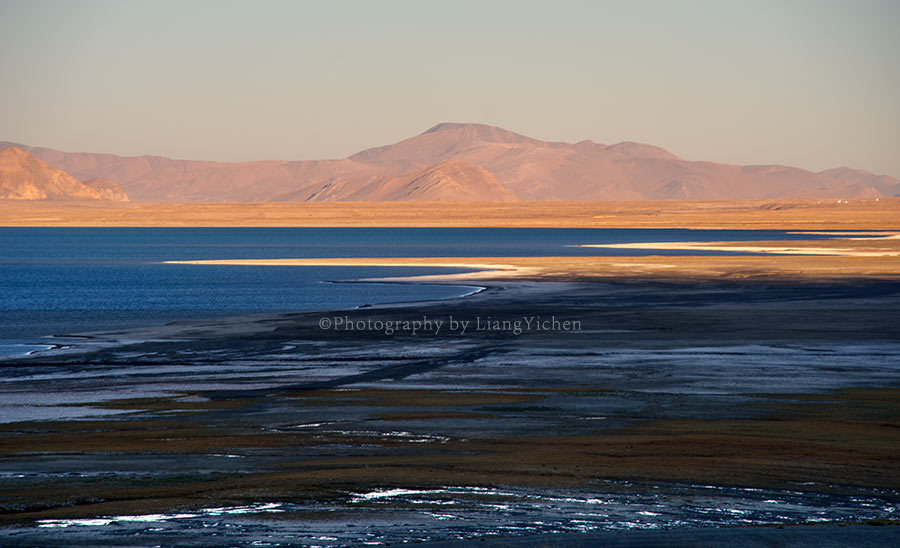 full colorfull landscape of the water side on the plateau.it's one same of many.there are very few people in this area, only locals and sheep, and two monasteries by the lake. 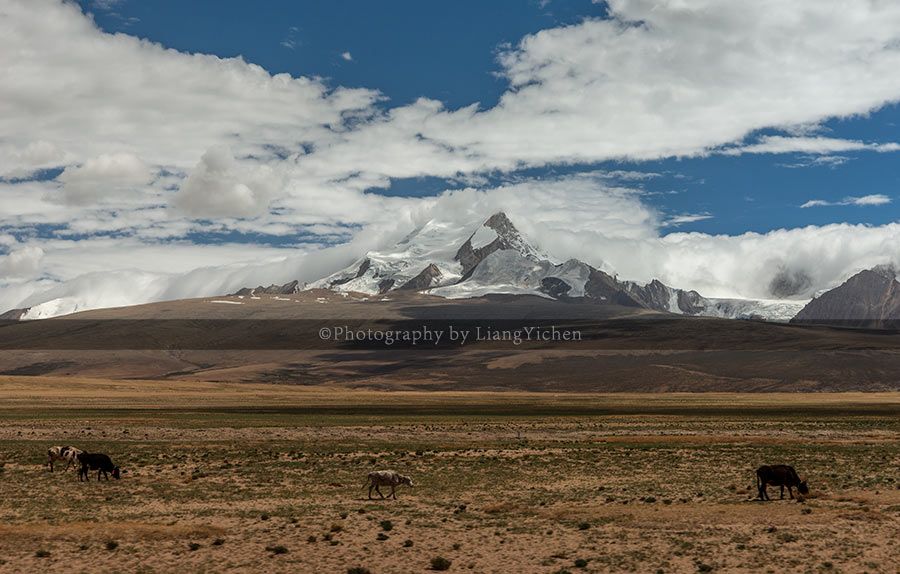 lake water from the Galacer of Himalayas. it was a part of the kingdom of zhang zhung in the past thousand years, in history. and the some habit of Bon religion has continued to this day. 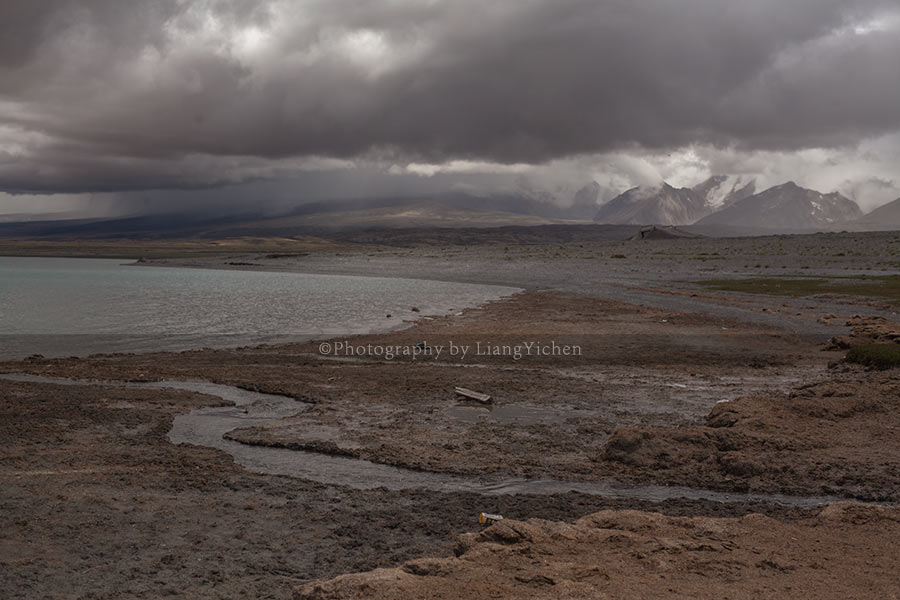 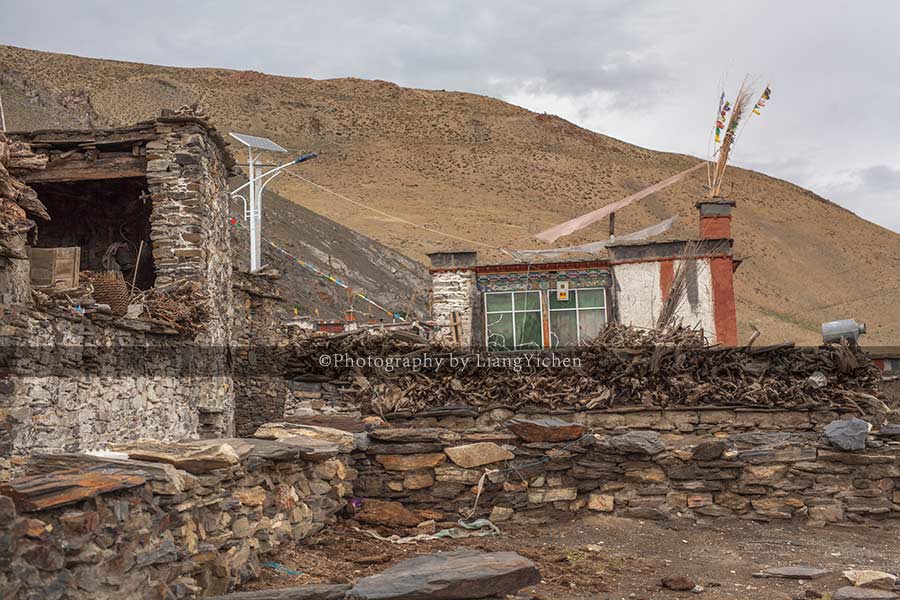 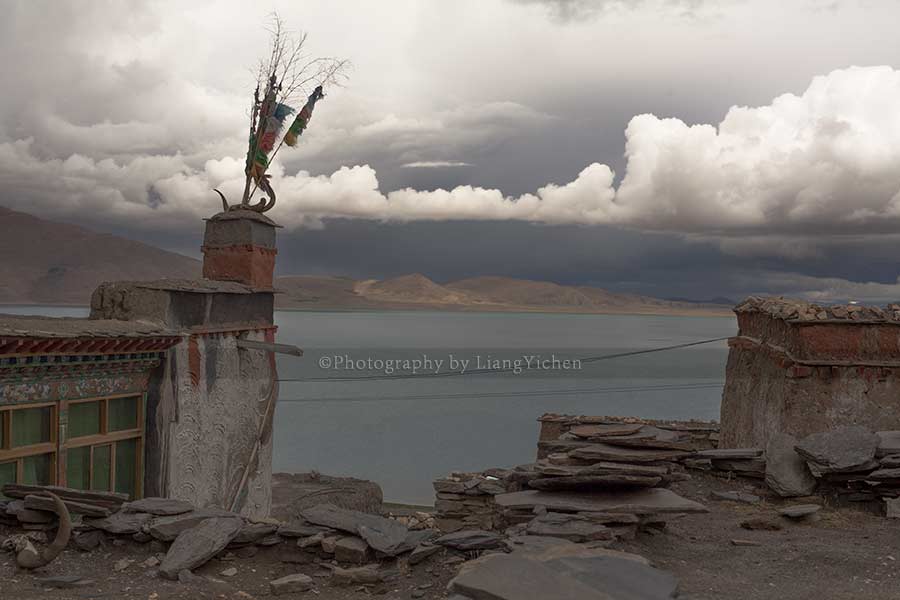 It is surrounded by mountains reaching 5,700 to 6,000 meters. Streams fed by glaciers cascade to the valley floor, but most sink into alluvial deposits before reaching the lake.